Last of the split pea soup with ham; salad from work bounty – 25 November 2014 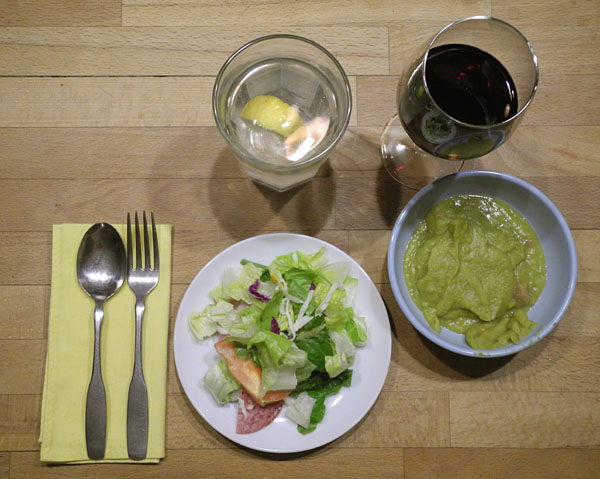 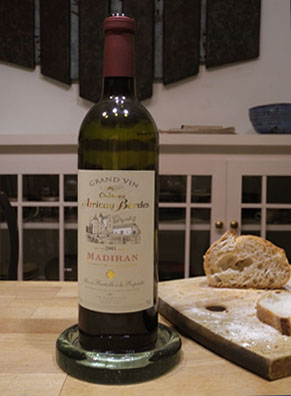 Watching student presentations, and had some fairly dreadful pizza in the late afternoon. Then got to take home leftover salad package, with some pretty good white dressing. The salad was fresh and crisp, and had ham and what was probably a pizza pepperoni, uncooked, but some sort of salami thing in any case. I enjoyed it. Also had the last of the pea soup, which was still very enjoyable. D brought up another Madiran of the Arrocau-Bordes persuasion (2001) from Grocery Outlet. This was a decent bottle, but not one of the best we’ve had from this lot. A bit of the rest of the Acme sourdough loaf. That’s it!