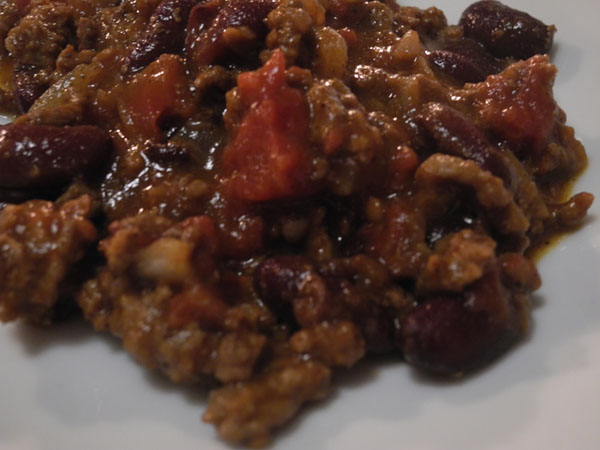 I made our usual Christmas Eve dinner of chili, which simmers for 3 hours, so is great for pre-prep for a busy evening. Brown one chopped onion and 1 1/2 pounds hamburger, remove grease, add 28 oz tomatoes (chop if whole), 2 15-oz cans kidney beans, including liquid, 1 tsp sugar, 1 Tbsp chili powder, and 1/2 –  3/4 tsp salt, and simmer for hours, being careful it doesn’t dry out too much and scorch (I added water at least once). 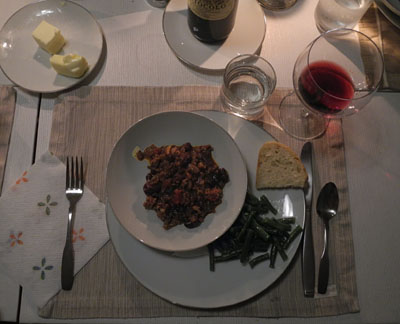 I don’t remember the bread, particularly, though it was probably from Giant. I steamed some trimmed and bite-sized green beans 5 mins and reheated them with butter. Mom thought they were underdone, but that is to be expected 😉 The guy at Giant found us a large bag of beans for $4.99, and it served 6 of us for this dinner and 4 at a second dinner, so 50 cents/serving.

We had a Cahors that we have had before, both here and at home, called “Gouleyart” or “Gouleyant” (hard to decipher the script) and a new bottle of Protocolo, an old friend from home that we have just discovered in the county wine store here. We decorated the tree after dinner. 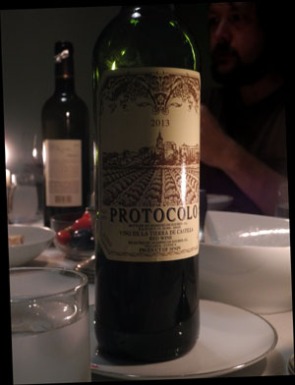 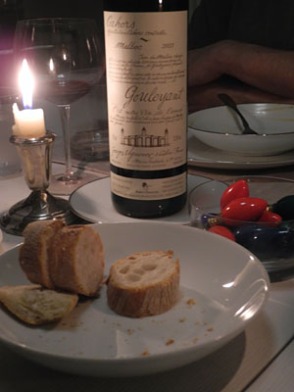