Posted on October 3, 2017 by berkeleybarb

I picked up a packet of four Italian sausages from Christopher Lee yesterday, and, since we had dinner planned for that night, tonight was the night for one of his sausages. We decided to make a pasta using one sausage, plus the herbs on twigs that we accidentally dislodged yesterday while weeding and pruning the marjoram and Greek oregano. So I cleaned up those twigs and left them to dry in the afternoon. As usual, I forgot all the stuff that needed doing, and got to doing it – straightening up the bed, washing the dishes – and then it was 7pm and 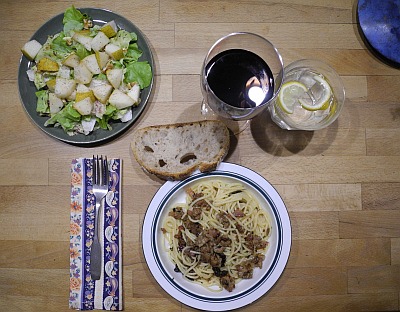 I had not taken my shower and D was through with the day’s work. So he cooked the sausage pasta “sauce.” He cooked the sausage on two sides in some olive oil, then split it down the middle, and found (as he sort of expected) that it was not cooked. So he cooked it cut-side-down for awhile, and then removed the casing and skoodged around the sausage bits. At the same time (in the same pan) he cooked some chopped red onion. He added about 1 Tbsp of those aforementioned herbs, which I had pulled from the stems and chopped. He cooked the spaghetti, then added to the pan with the sauce and skoodged around, and that was it. What a delicious pasta! I used the cooking water to warm the bowls, as usual. 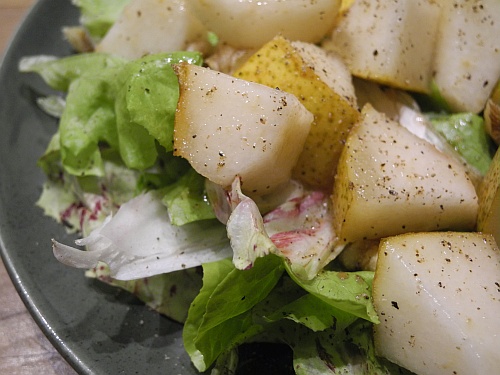 Earlier, I had washed up I think 4 leaves of Galisse lettuce from Blue Heron, and another four layers from a lovely chicory (pale green with purple/red accents) from Dirty Girl Produce, and dried them, then tore up and put on plates.

I defrosted some walnut halves, later cracking them into smaller pieces. At the last minute, I sliced up the big Warren pear from Woodleaf Farm, which was spectacularly good. D remembered to pepper his salad, so I did that to mine, too. After dressing them: I used about a 1:3 or 1:4 mix or olive oil and red raspberry vinegar, with salt and pepper, well whisked. It turned out to be a wonderful, delicious salad!

We had one of the wines we got today at K&L: Chateau Citran Haut-Medoc 2014. It was $16.98, which is less than the 2008 bottles we got at Costco. I was not enchanted by this, but I wonder if it would age into greatness. 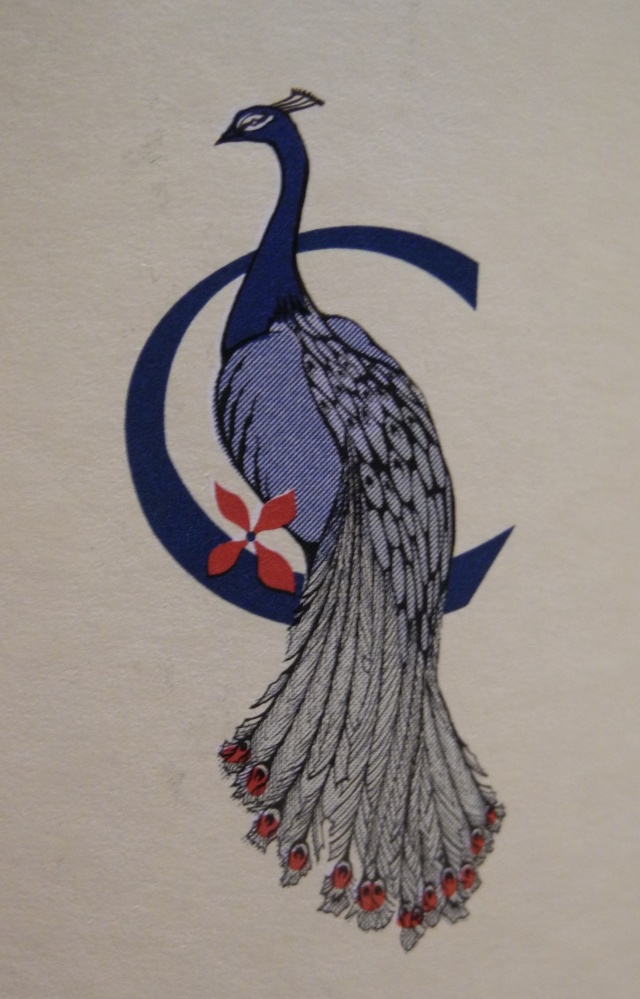 D’s ideas: he mixed the rest of the cranberry beans and the rest of the rice, but (sorry) started by cooking some chopped red onion in olive oil, then adding the rice and beans. It was very tasty! He was going to add corn cut off the cob to this, but when I hedged, he kept the corn separate, and cooked in olive oil (with S&P) in a small pan, and served in a separate bowllet. I tried merging the rice and beans and corn for one bite, but the beauty of the corn was entirely lost. I said this, and D agreed that they were better separated.