Bread, cheese, and fruit before the symphony – 5 October 2017

Posted on October 6, 2017 by berkeleybarb 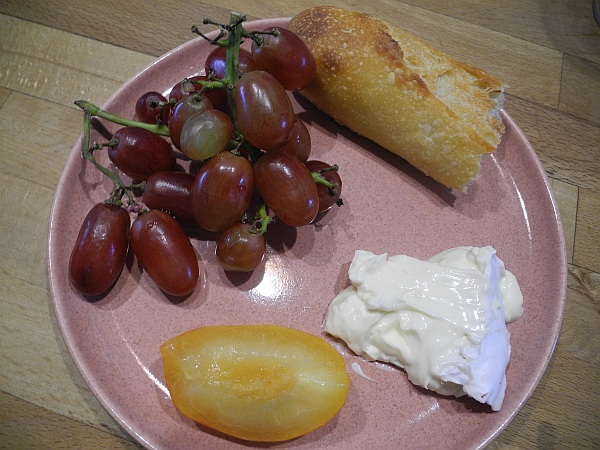 Two composers actually present at the symphony tonight – pretty cool 🙂 And my friend S said the elder statesman of the two held a seminar in her living room for composition fellows that afternoon. Amazing. We enjoyed the concert. 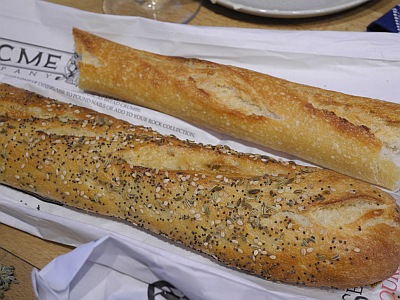 So, dinner: R&E joined us for both dinner and concert. I went to the Bowl before lunch and got three baguettes, Acme sweet and sour, and Semifreddi seeded. We ended up eating a bit of the sweet with lunch, and freezing the rest in four sandwich-sized chunks, and eating up the sourdough and seeded ones with cheese for dinner. 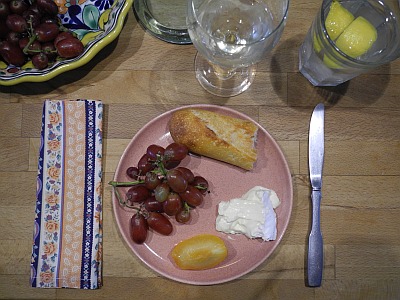 The cheeses were: Brillat-Savarin and  Cambazola, both from the Bowl. I also bought two chunks of Taleggio for an upcoming “foccacia” dinner, thinking we might have some of that this evening, too, but we didn’t remotely need it. I found one obviously ripe plum at the Bowl, and we had that, and some red seedless grapes that were quite dry tasting – not optimal, but fine – called, bizarrely,  “Harvest Hobgoblin.”

I also bought one of those squashed-looking “donut” sort of peaches, an Asian pear… anyway, I sent R in (b/c he’s good at fruit) and asked him to see what might be ready to eat, and he chose two peaches I’d gotten the previous trip/day, which were from Idaho. I got slices that weren’t great, and D said one peach was really good but the other was less so. So I evidently got the “less so” one. We had the ripe plum and some of the grapes, and the rest are sitting waiting to be eaten. 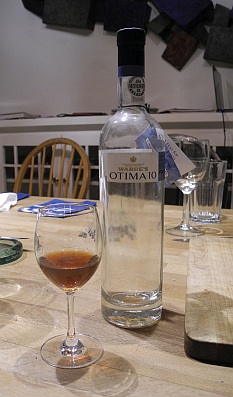 When we got home, D pulled out the last of a port called “Otimaio” and we each enjoyed a tiny glass of it.

I cleaned up and chopped the last two of the baby bok choys from over a week ago at the farmers’ market, and sauteed in olive oil and butter, salting and peppering. D reheated the rest of last night’s risotto. Great lunch 🙂