Posted on November 3, 2018 by berkeleybarb 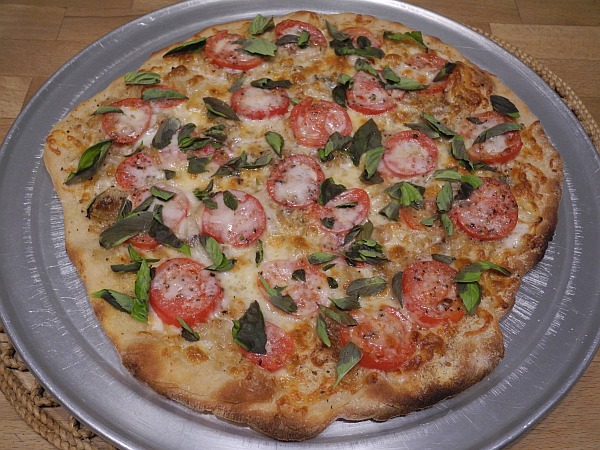 I wanted to make this summer pizza before tomatoes are gone in a couple of weeks. I saw, at dinnertime, looking at the original photo from which this recipe was made up – from The Cheese Board’s cookbook – that it had not only mozzarella and aged asiago, but also parmigiano, and I left that out, not only this time but the time I originally tried it. Or I just left it out of the writeup. Anyway – add parma! 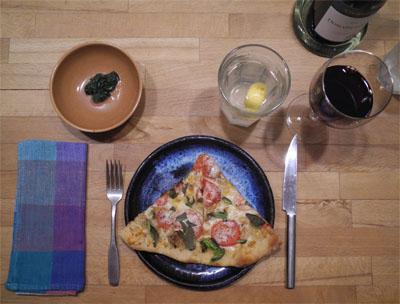 I used something less than half a very large yellow onion (about 6 oz, cut) sliced quite thin, and cooked in probably a Tbsp of olive oil till quite soft and (by accident) a bit browned in some parts. A Tbsp of olive oil with a large clove of garlic minced in, an hour or so before use. I think I ended up using 5 small Dirty Girl Produce early girl tomatoes. After pre-cooking the crust 1 1/2 minutes, I brushed on the garlic and oil, topped with most of the mozz and, by accident again, less than half, but should be more, of the asiago. I had some in the grater container that I didn’t notice. Then the cooked onions, the sliced tomatoes, salt and pepper, the rest of the mozz and asiago, mixed, over the top. Baked about 5, then tossed on what amounts to most of the small basil leaves remaining on our now-beleaguered plants. I note, however, that by November we are usually rushing to take out the basil and use it up b/c of the cold, and it’s being in the 70s this year.  Pizza was very good, but not fabulous. D really liked it. Maybe the missing parma made the difference. 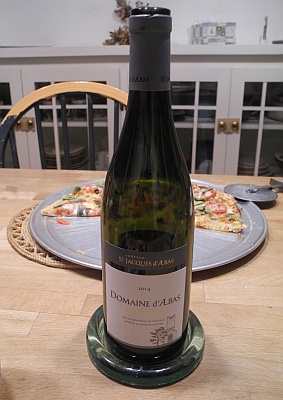 I cleaned – wow, this took some work – the rest of the beet greens that I didn’t eat last night. Washed them, then tore the soft parts off the stems, and washed again. Boiled 3 minutes, drained, and tossed in too much butter, with some salt. They were super 🙂

D chose the 2014 Jacques d’Albas Minervois for this dinner. Wish the more recent vintage was as earthy as this one that we originally fell in love with. I think we still have half a case, anyway. 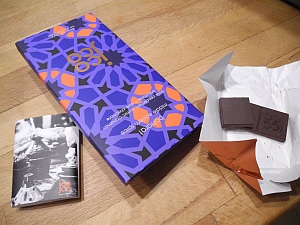 Later, D took out the last chocolate bit from the jcojco boharat “middle eastern spice” bar we got at Wine Mine awhile back. Still as good as ever 🙂 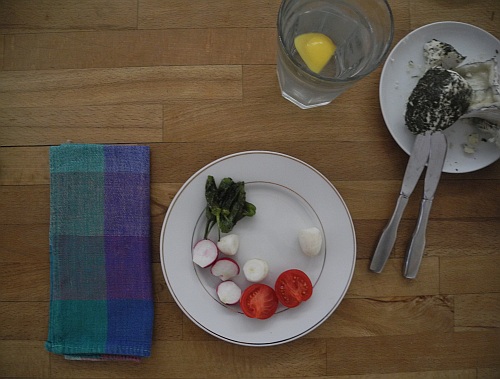 We had the last of the Humboldt Fog from Costco, after D brought a substantial chunk of it to their craft coop potluck yesterday, and also some of the Chevre de Bellay with Herbs that he bought at Berkeley Bowl for the potluck. He cooked up some shishitos from Woodleaf/Peach Jamboree, and we also had some radishes from I don’t know where, and some dry-farmed early girls and Tokyo turnips from Dirty Girl Produce. And of course, an Acme baguette to go with this! Writing this last bit on the 25th, so I have to guess, but that looks like a sweet one. Might be Rustic, maybe just plain sweet. 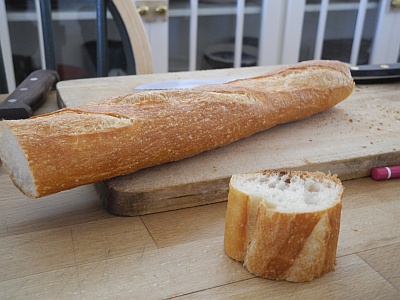