Another Nicoise before time runs out, this time with Chicken – 3 October 2019

Posted on October 4, 2019 by berkeleybarb

So, I haven’t written anything since early July. Should have – lots of good stuff back there. Maybe I can fill in sometime. Not sure why I’m starting now, except I’ve burnt out on reading news this morning. 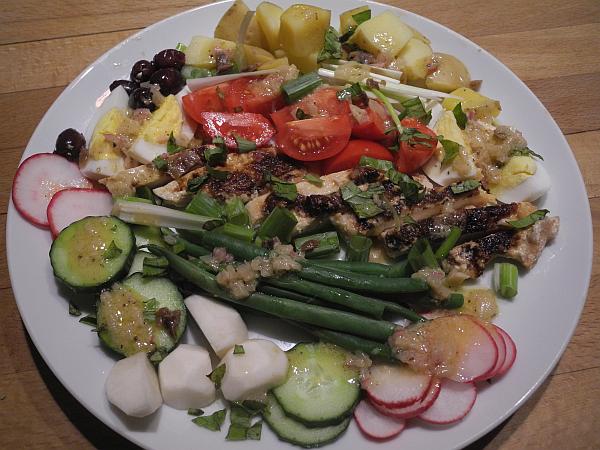 Two nights ago we had one of my favorite dinners, wherein oiled bread, herbed tomatoes, lemon/oil-tossed romaine, and thin-slices of chicken breast are broiled and served tog 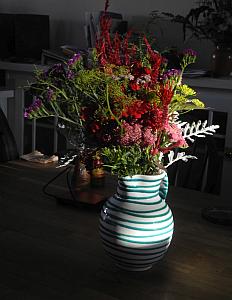 ether. The chicken breast slices have, after turning, lemon/parmigiano/mayonnaise/Dijon spread over them and broiled. I realized when thinking about this that we could try using the leftover chicken (from Costco mega-packs of two chickens-that-would-have-eatcn-Chicago-but-we-ate-them-instead) sliced, for a non-tuna Nicoise, with the thought that someday we might show this to our tuna-hating son. It was good, though I’m not sure using the Dijon/mayo chicken is necessary. A S&P/oil grilled thigh would probably work as well, though it would clearly be quite different – at least that part of the salad.

In the morning before work, I cleaned, cut up, and boiled up (with salt) all our remaining potatoes, some of which were sprouty, forgetting that D would need some for Sorrel Soup on Friday (to use up creme fraiche), and also stuck four eggs into the saucepan to hard-boil them. In a rush to leave, I asked D to put them away, which he did. After work, I realized that we had a small container with the leftover dressing from the last two Nicoises, and D just refreshed that with some shallot and more needed salt, and it was barely enough. Cool. We boiled the haricots ($4.19!) 2 minutes in salted water, and the rest of the stuff – radishes, Tokyo turnips, Nicoise olives, tomatoes from Dirty Girl on Tuesday, some English cucumber,  D cut up some scallions in random ways but small enough, and I washed and chopped the last of the basil that was 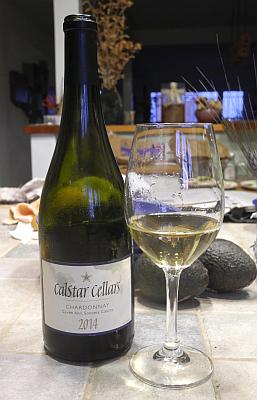 half a bunch D&R split from the Tuesday market a week or more ago. (It’s that time of year for basil.)

We tried out one of our two bottles of CalStar 2014 SCSC Chardonnay that our friend R needs to sell to make room for the new vintage, so tonight I suggested that we have the 2014 Cuvee Ann that was in the fridge, while we still had the other in mind and could compare. It was an excellent idea. CA is definitely the more full-bodied of the two, and was a fine choice for the Nicoise dinner. I took out one slice of the Base Camp sesame seed bread from the freezer (D pointed out that he used one for lunch and we would be back to an even number for sandwiches) and we had that for sopping bread. 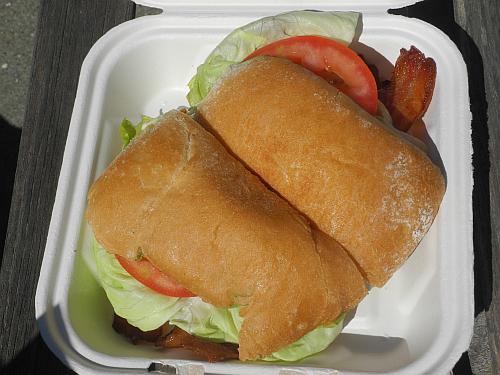 Couldn’t resist, sry. I had the grilled “BLTA” at work – basically a BLT with the addition of grilled chicken breast fillets and avocado spread. Amazing. Sinful. I need to find someone to split this with.